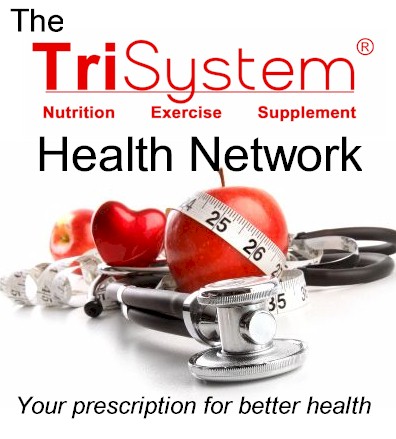 The medical and health communities have got it wrong.  The solution to contemporary health issues, disease treatment and prevention is not primarily prescription drugs and invasive procedures.  It is specific, science based nutrition, exercise and nutritive supplementation programming that is personal and individually determined

Every business has a beginning, and this is where we talk about ours. People want to know what we saw and  how our passion led to the creation of something new. From our roots -we have some!  Here we are…

Here is something about the people who make The TriSystem Health Network go
Why? Because people want to know who they’re doing business with. 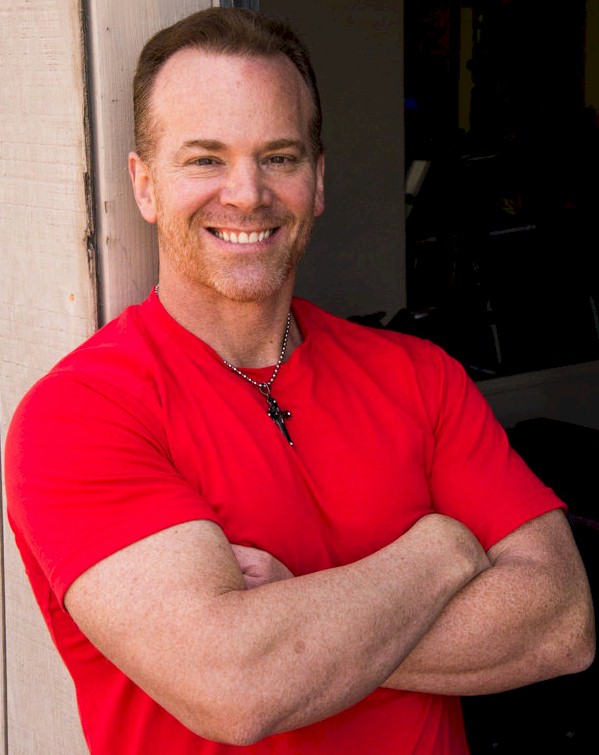 Jeff Kotterman, founder of the TriSystem Health Network, is the Director of the National Association of Sports Nutrition and the first NASN Licensed Master Sports Nutritionist in San Diego, CA.  He specializes in breaking health,  performance and fitness plateaus through exercise and nutrition.  He graduated from the College of New Jersey in Trenton with a degree in both health and physical education and obtained his professional certifications through several different organizations including AFAA, ACE, the NAFC and the NASN.  Jeff holds every certification the NASN has to offer, including their licensing instructor certificate.  Jeff currently trains and mentors health and fitness professionals all over the world to first get an NASN certification and then to pay it forward to others through their individual practices.

Jeff is a consultant to several major fitness companies and gives support to more effective nutrition and exercise programs for products mass marketed today. He has been the expert consultant for popular fitness programs currently featured in specialty supplement stores and major retailers such as Wal-Mart, Target, infomercials and direct marketing products like MET-Rx 180.   Jeff’s latest endeavor is in the growth and development of the TriSystem Health Network.  The medical and health communities have got it wrong.  The solution to contemporary health issues, disease treatment and prevention is not primarily prescription drugs and invasive procedures.  It is specific, science based nutrition, exercise and nutritive supplementation programs that are personal and individually determined.  The TriSystem Health Network has been personally introduced through short talks and seminars he and his team have given.

An engaging and accomplished speaker, Jeff has been interviewed by ABC, CBS, NBC, San Diego’s KPBS and the BBC news. He has been quoted in the New York Times, the Washington Post, the Wall Street Journal and several other respected periodicals.  Jeff is a family man, spending most of his leisure time with his wife Tina and their two children.  Jeff also has a passion for research and the implementation of specific nutrition and exercise strategies that fight heart disease, cancer and diabetes, the leading causes of death in America. Jeff has been coaching and mentoring as a unique sports nutritionist in San Diego, California since 1996.

To schedule Jeff for a speaking engagement or event, email pr@TriSystemEDGE.com or call 888-538-2348 and press 4. 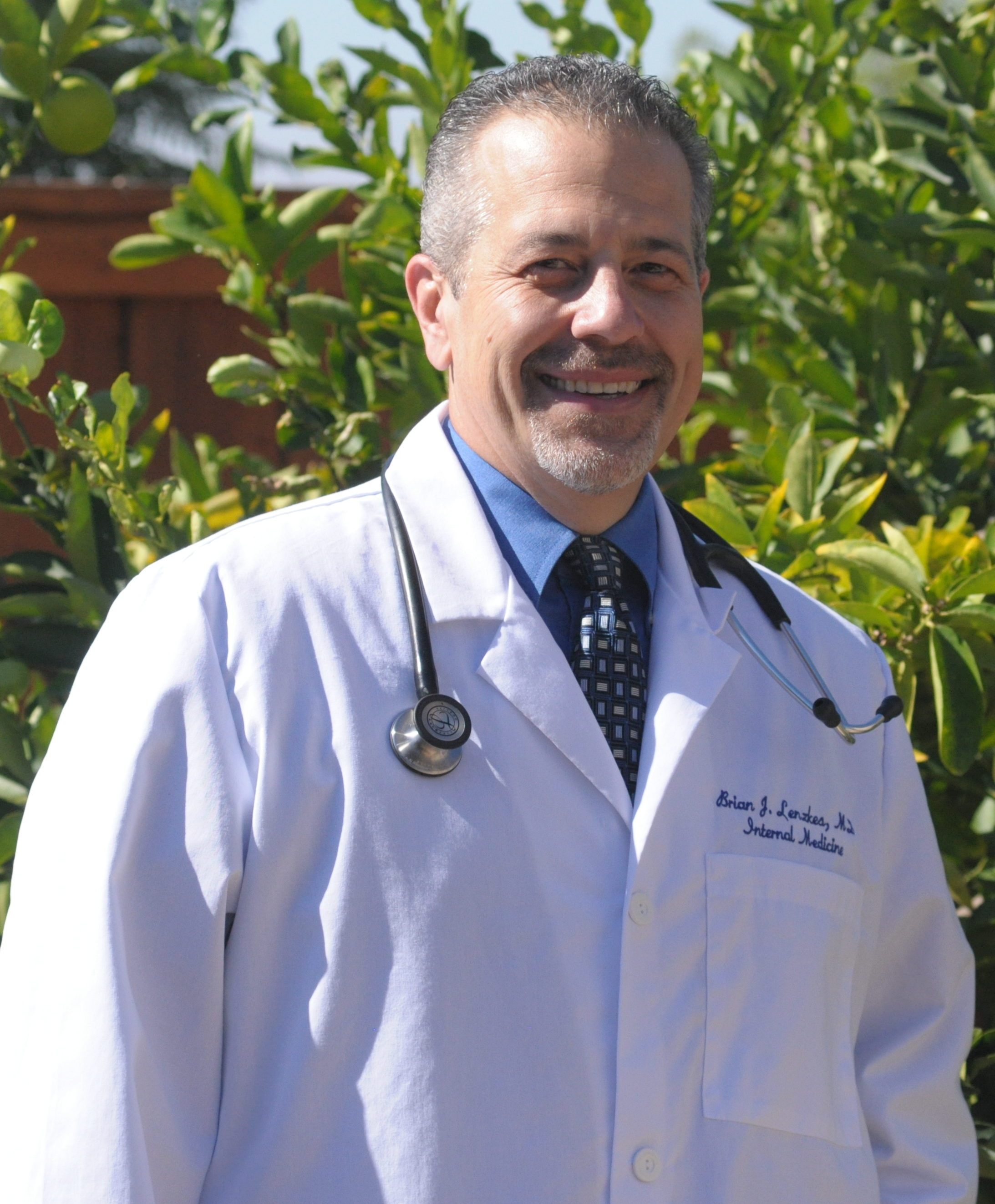 I have struggled with weight gain and obesity my entire life.  I was overweight as a child and thinned out in High School after cutting weight (through starvation and excessive workouts) from my football weight of 205 lbs to my wrestling weight of 165 lbs…in about 6 weeks.  Crazy stuff but I could do it then.  It was tough then, but is virtually impossible now!

​I went to UC Irvine and received a BS in Biology before attending USC Medical School.  After graduating in 1999, I started my Residency Program at Scripps Mercy Hospital in San Diego and stayed on for an extra year as Chief Resident before starting my private practice career at Internal Medicine Associates in 2004.  I have been voted one of the “Top Doctors” in San Diego for 11 years.  Even with gaining the respect of the medical community,  I felt helpless as I watched my patients become more sick and require more medications.  At the same time I continued to gain weight while following standard medical advice.

​I can sum up my nutritional training from medical school, residency, and private practice as follows:  “Don’t eat fat, it is bad for you and clogs arteries.  Take vitamins.  Exercise more and eat less. Never skip breakfast, eat 6 small meals throughout the day so your metabolism doesn’t shut down.”

​I followed this advice my entire career…until I reached my highest weight in February of 2017…while working out 6 days per week for at least an hour and eating 6 small, lowfat meals daily.  After struggling to button my pants and buckle my belt, I would head into work and take care of patients who would ask me “Doc, how do I lose weight?  Isn’t there a pill I could take for this?”  My response: “Don’t you think if I knew I would be taking the “magic pill” myself?”  Then I found out about lifestyle modifications that actually worked including the Ketogenic Diet and Intermittent Fasting (IF).  I was initially surprised by the available science in this area and now I am overwhelmed by how vast it is. How could the medical community at large not know about this? I would love to share my knowledge and personal experiences with you.  I am currently down nearly 50 lbs after making some “evidence based” lifestyle changes. We can improve or reverse metabolic diseases including Type 2 Diabetes, obesity, fatigue, and mood disorders while at the same time decreasing our risk for catastrophic diseases such as cancer, Parkinson’s, and Alzheimer’s Disease.  There is no “magic pill” but there is a path forward if we have the courage to take the first step.   I would love to take this journey with you and build a community.

Dr. Brian Lenzkes has been named named as one of the “Top Doctors” in the annual San Diego Magazine “Physicians of Exceptional Excellence” survey consistently, year after year. Get medical advice from a sought after physician.  He currently has a waiting list for additional patients in his medical practice but is available for special consultations through the TriSystem Health Network.  See Dr. Brian Lenzkes our founding physician for the TriSystem Medically Supervised Program in this video.

Dr. Lenzkes received his medical degree at University of Southern California, School of Medicine. He went on to complete his internship and residency training in Internal Medicine at Scripps Mercy Hospital, San Diego.

Dr. Lenzkes has over 17 years of medical experience, and he is certified by the American Board of Internal Medicine.

Are you looking for medically supervised health programs that use nutrition, exercise and supplementation to fight disease, improve health and vitality?

Are you ​in the position to​ recommend the TriSystem Network to others or to help implement our programs?